Today I am featuring the work of photographer Ali Shamsul Baha. Ali is an accomplished photographer and visual artist from Kuantan Pahang, Malaysia. He works in visible light photography, video, and infrared photography. I am pleased and honored that Ali allowed me to showcase five of his remarkable infrared photos in this post.

Every IR photograph has been manipulated in some way. Camera software starts this process by taking signals generated from the invisible spectrum and assigning visible color values.There are no visible colors in the infrared spectrum. We set white balances to get even more visible color separation and then we perform channel swaps to get blue skies. The list of “standard” IR manipulations goes on and on. The bottom line is that all colors are false colors in infrared photography. We can embrace this fact or pretend it does not exist. Ali Baha embraces this fact and his color infrared photos certainly have that "WOW" factor..

The first photo “Shooting under the ray” was taken in 2009 at a nature photo camp in the Royal Belum Rain Forest, Tasik Banding, Grik Perak, Malaysia.

The second photo, “Bungalow” was taken from a moving vehicle in Sumatera Utara, Indonesia. Ali used a moderately fast shutter speed (1/500 sec) to freeze the motion of the vehicle.

All of the featured photos were taken with a Nikon D50 and processed with Photoshop CS3. I mention these facts because we really don’t need the most expensive stuff or the latest and greatest software to produce stunning images.

You can find information about Ali's post-processing technique in his photo blog. Ali allowed me to paraphrase the technique here.

Ali brings the image into Photoshop and applies the Image > Autolevels function. He then performs a red/blue channel swap using a pre-defined Photoshop action. (The channel swap procedure can be found at the end of this post)  This will give you the "blue sky" effect.

For his selective color technique, Ali does the following:


Duplicate layer (Ctrl + J)
Image > Adjustments > Replace color
Select the color you want to change with the eyedropper tool
Move the 'Hue" slider to the desired color
Add a layer mask to the duplicated layer
Using a brush set to pure black, paint over the areas where you do not want the color change.
Merge all layers (Ctrl + Shift + E)

I want to thank Ali Shamsul Bahar for allowing me to share these wonderful photographs. You can see more of Mr. Bahar’s photographic work in his Flickr feed and in his photo blog. The photos featured in this post can be found in his Flickr Explored set. 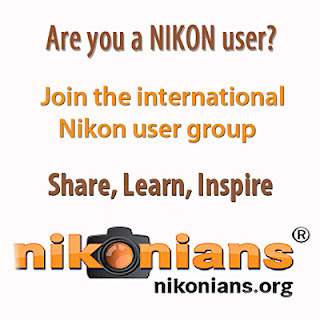